If Peter F Hamilton really is ‘Britain’s No. 1 Science Fiction Writer’ (as the cover of my copy of Misspent Youth testifies) then the whole genre has got to have gone to the dogs.

Although I’m a big fan of some science fiction films, it has somehow happened that I have never actually read anything in this futuristic/intergalactic/parallel-universe vein before. Perhaps I picked up this novel with the wrong expectations; perhaps science fiction books work in different ways to the films; perhaps being eager for action, space travel, alien encounters and funky technology is naive, since all I got here was bad descriptions of sex, poor characterisation and a non-existent plot.

The novel is set in Rutland approximately 40 years in the future, so the technological differences between then and now are minimal: there are “tracker bracelets” (7) for children so they don’t wander off; the advanced “datasphere” (10) to replace the internet and a computer that can be worn on the face as “PCglasses” (27) so that you can surf and communicate while you walk. (Has Hamilton never heard of the smartphone?) Oh, and there’s Rejuvenation, where DNA is manipulated to make people young again. Yawn. 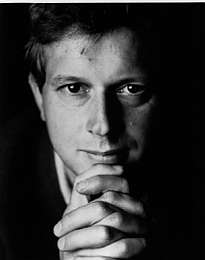 If Hamilton was trying to create a near-future Orwellian world of surveillance, political corruption and abandoned values he does seem to have some of the right ingredients. There’s the corrupt and power-hungry pan-European government “Europol” (24) that prides itself on its “monstrous technocrat attempt[s] at social engineering” (367); the datasphere system of file-sharing that “removed traceable identity from the electronic universe – and, with it, responsibility” (49) and the social expectation that everyone be “a fully-fledged modern bitch” (199) to get by – all of this presents Britain in the same “shit-awful mess” (77) Orwell envisaged in 1984. Or it would do, if Hamilton’s content actually inspired any interest from the reader.

The problem is, the novel is totally unoriginal and plagued by a completely jumbled mess of mediocre plot events that happen to two-dimensional characters who are only interested in cheap sex. Who was the main character? I don’t know. Who were we supposed to relate to or warm to? I don’t know. What was the point of the whole 439-page book? It did not have one.

The only mention of ‘place’ that is relevant to this Placing Myself challenge, is to say that where there were once “splendid views across the rolling countryside”, now there’s only “relatively low-cost housing; almost identical yellow-brick boxes with silvered thermoglass windows and shiny black solar-cell roof panels” (121). The old rural Rutland and countryside of England is now only the stuff of “legend” (209). Not exactly original or fulfilling. (Now extrapolate that feeling for the rest of the book.)

With this novel, you might as well forget Science Fiction: there’s very little Science to get excited about and the Fiction doesn’t stand up to much either. 1 star, I’m afraid.

Next week I’ll be reading Our Lady of Demerara by David Dabydeen. I have a feeling it’ll be good. Join me next time!